Eventful in more ways than one, the Hockey World League (WHL) semi-finals at Antwerp concluded on Sunday in a blaze of glory to the World Champion, Australia, which won 1-0 against the host team, Belgium, before a huge and appreciative crowd.

It was a fitting finale to a competition that redefined the world hockey’s power equations raising disturbing questions to the powers-that- be in Asia, and projecting the dominance of Europe in unequivocal terms.

Evaluating the event from India’s standpoint certainly provides for a critical introspection. In fact, it was the performance of the women’s team that needs to be portrayed with a veneer of eloquence than the insipid final stages of the men’s squad.

The Indian women, led admirably by the Ranis, Ritu, Ramphal and Rani, supported Vandana Kataryiya and Poonam, almost came to the fringe of creating history. Their showing in the needle matches in the 5-8 places was excellent, against Italy first and then against Japan.

These two victories have brought the team close to making the Olympics in Rio next year after 1980 Moscow Games. The possibility of the women being part of the Rio Games looks very bright at this point of time.

On the contrary, the men’s team wavered alarmingly as far as consistency was concerned. However, the results, 2-6 against Australia, 0-4 against Belgium in the quarterfinal and the 1-5 reverse against Britain in the bronze medal game cannot be described as anything but appalling. They only confirmed the chasm that exists between the top five and India.

The inevitable excuse will be the necessity of fielding a weak team after a handful of players were rendered hors de combat. It included the Raghunath in the defense line, Sunil and Uthappa in the forward link. Rupinder, who came in for Raghunath was also in the injured list at Antwerp leaving the coach Paul van Ass opt for a poor substitute defense in Birendra Lakra and Jasjit Singh Khular. The forwards of Australia, Belgium and Britain made mincemeat out of the weak defenders. Poor goalkeeper Sreejesh bore the brunt but without much success.

Undeniably, coach Paul van Ass has to repair a lot of damage before the team goes for the final round of the WHL at Chattisgarh in November-December this year. At least, he must ensure an injury free list.

The dream of Malaysia to find the route to Rio was also shattered when Ireland outplayed it in the places for 5-6. At this ranking, Malaysia chances look very, very, bleak.

Equally humiliating was the defeat for Pakistan against France. The eighth place for the three-time Olympic Champion reflects the state of the sport in Pakistan, which will be missing the Olympics for the first time since 1948. It opted out the Games in 1980 at Moscow. Pities of pities, Pakistan missed out a place even in the last World Cup at The Hague.

In the first semi-final played at Buenos Aires, another Asian power, Korea, bit the dust finishing seventh and losing the chance to be in Rio.

The top three Buenos Aires, Germany, Argentina and the Netherlands assured their places for Rio while on Sunday, three more- Australia, Belgium and Great Britain– joined them at Antwerp.

At the moment of writing, there is a grim possibility of India being the only country to figure in the final 12 at Rio. True, there are various permutations and combinations that can ensure one more, probably, Malaysia, by the end of this year. Viewed from any perspective, it is now a challenging time for Asian hockey.

The eight teams that will be in action for the final of the WHL are: Australia, Belgium, Great Britain, INDIA, Germany, Argentina, Netherlands and Canada. 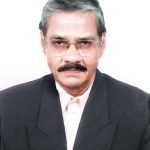 The writer was Associate Editor, Sports, ‘The Hindu’, with which he was employed for 52 years. He has covered several six Olympics, nine Asian Games, eight World Hockey Championships, six Asian championships and virtually all major Olympics sport. He has edited Indian Cricket. His writes for Trinity Mirror and Chennai, fieldhockey.com. He posts his columns at www.facebook.com/subramanyam.thyagarajan.