The J. K. Bose Memorial Trophy, named after PTI sports scribe Jayanta Kumar Bose, who died young, helped make Sports Journalists’ Federation of India (SJFI) a vibrant body. A bilateral tour between Calcutta and Delhi sports journalists blossomed into a four-team tournament in 1977 after it was inaugurated at the Eden Gardens a year before.

Most of all, the tournament, played on a round-robin basis, first among four metros and later on among four zones, helped sports scribes to interact among themselves for the betterment of the profession. Sharing of thoughts on professional interest and then catching up with old friends provided the base for the 100 plus reporters to look forward to the J. K. Bose.

Despite uncomfortable travel facilities and ordinary lodging arrangements, the J. K. Bose tour was the most sought after one. In the initial years, on a few occasions, the teams flew to the destinations thanks to Mr. K.R. Wadhwaney, former sports editor of Indian Express, New Delhi, who used his good offices to get free passes from the National carrier, Air India. Subsequently, the SJFI convinced Indian Railways to issue first class passes. There were occasions when first class bogies were allotted to carry the sports journalists to their destination and back.

The lodging arrangements also improved post 1997 when Star hotel became the norm thanks to R. Eswar of TNSJA. It became the benchmark as Mumbai hosting the annual convention the next year provide even better accommodation, thanks to SJAM and G. Viswanath, the present President of the SJFI. Today most of the sports reporters fly to the venue and stay in Star hotels.

The J. K. Bose was played among the metros till 1983 in Chennai and the zonal system came into being in 1984 at Calcutta.

There were many individual performances recorded in the J. K. Bose with The Hindu’s S. Krishnan recording the first century of the tournament at Chandigarh in 1978. He scored 101 against Mumbai. The next century came in 1981 when Calcutta’s S. Sabanayakan scored 120 not out against Delhi.

Calcutta’s Shyam Sundar Ghosh, bowling his banana in-swingers and deceptive leg-cutters, recorded the first hat-trick of the tournament. He was also the first in JK Bose to record a double – 1000 runs and 100 wickets – a feat later equalled by Pradeep Vijayakar of Mumbai. Ghosh’s second hat-trick came in 1982 at Delhi when he bagged eight for 36 versus Mumbai. He also achieved the coveted feat of 100 wickets at Mumbai in 1981 when he took five for 51 against Delhi.

Like Ghosh, C.S. Rao too used his inswingers to deadly effect to bag seven wickets on more than one occasion. Suresh Kaushik of Delhi, another inswing bowler, recorded his first hat-trick in 1984. Siddharth Basu and Aminul Islam (both from Delhi) also had hat-tricks to their credit.

Perhaps the best bowling figures in recent years was six for eight by Rakesh Thapliyal of North against East at Guwahati in 2013. Another notable performance with the ball was eight for 58 by late Pradeep Vijayakar in Mumbai against Madras in 1981.

The most spectacular show in batting was by TNSJA’s A.K.S. Sathish. A regular in first division cricket in Chennai, Sathish smashed six consecutive centuries in as many innings in 1997 (Chennai) and 1998 (Mumbai) before relocating to Gulf.

J. K. Bose did not see such a batting talent before or after Sathish though many recorded the coveted three-figure mark.

Sabanayakan repeated his century feat with a classic three-figure knock in 1984 at the Eden Gardens against North. Ghosh scored his maiden hundred in 1986 at Delhi against South Zone. Rajender K. Bowri of West, at the age of 45, scored his only ton in J. K. Bose in 1993 at Bangalore. A year later Sujeet Rajan of North hit up a century in Delhi. Abhijnan Saha of East also came up with century in 1996. Left-hander opener Sunil Narula, turned out for Services in the Ranji Trophy, smashed a fine 100 for North Zone in 2000 at Kolkata.

J. K. Bose cricket was played as a 40-over-a-side game mostly during winter. As the Indian sport grew in size, the SJFI found it difficult to get a slot during the season. Gradually it was pushed to peak summer. In 2008 at Navi Mumbai, J. K. Bose adopted to the T20 format.

(The statistics provided in the above article are gathered from different sources. It is possible that some stats are missed. Readers are requested to bring it to the notice of the SJFI any glaring omission.) 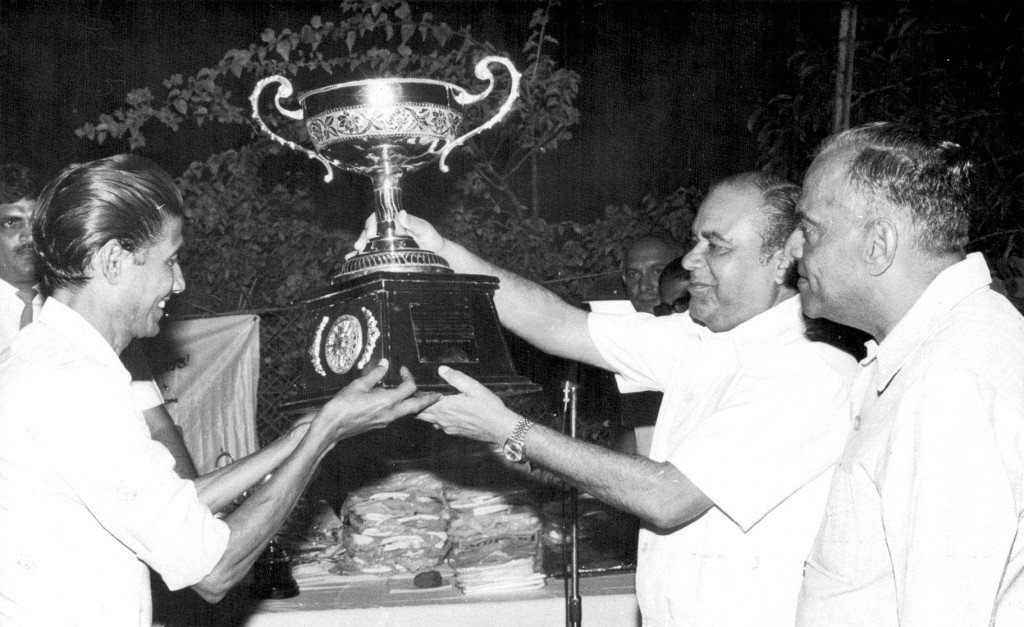 Salil De receiving the J K Bose Trophy from RCF, CMD, Duleep Singh in Mumbai in 1995. De passed away in early May 2015. 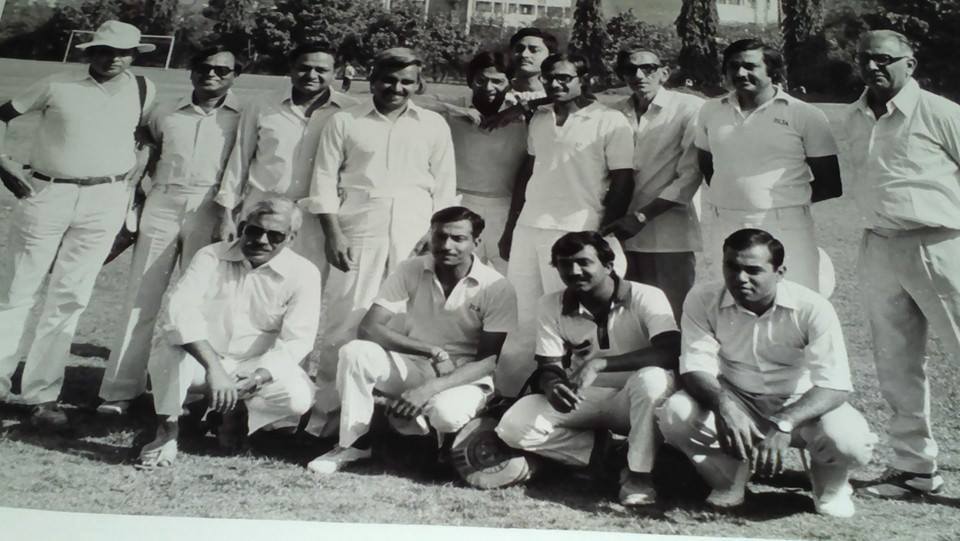