Mumbai are an instant hit, the team to beat

Globally, the ‘Penalty Kicks’ tie-breaker is considered a lottery and quite often the world has witnessed many top footballers, like Italian Roberto Baggio (1994 World Cup final against Brazil), France’s Michel Platini (1986 WC quarter-final against Brazil), have succumbed to nerves and failed to score from the ‘spot’, resulting in defeat for their country. However, when SJFI introduced ‘Penalty Kicks’ as another competition during their National Convention at Thiruvananthapuram in 2006, it proved to be an instant hit.

Members, both young and the not-so-young, from all units enthusiastically participated and tried to show off their skills to legends Jo Paul Ancheri and VP Sathyan, both having served the country and Kerala state with distinction, who were present to inspire and motivate the participants. Stanley Ryan was seen flying like Superman between the goalposts, making some spectacular saves which carried Kerala to the semi-finals before they lost to Kolkata ‘A’.

The Mumbai ‘A’ team, comprising of Sudhir Tripathi, Anand Vasu and Gordon D’Costa, displayed better nerves, converted consistency and proved hard to beat. Mumbai defeated Kolkata ‘B’, captained by the tactical Sabanaykan in the semi-finals, and then went on to dash the hopes of a confident Kolkata ‘A’ in the final to win the inaugural tournament.

However, Mumbai were unable to defend their title at Navi Mumbai in 2008. Nagpur, who had come well prepared, having worked specifically on their kicks and goalkeeping, with Paritosh Pramanik diving all over making some fine saves, went on the clinch the top honours. In the following year, Mumbai, inspired by the exploits of Abhijeet Kulkarni and Sanjeev Samyal, regained the crown in Goa in 2009. But once again Mumbai failed to retain the title in the next edition conducted in Pune in 2011. Bangalore emerged as the best team.

The ‘Penalty Kicks’ contest was for the first time conducted under floodlights when Guwahati hosted the SJFI event in 2012. Mumbai yet again hogged the spotlight by emerging victorious in the eastern city. Mumbai extended their domination in the penalty shootout by retaining the title in Hyderabad last year.

Kicking around for fun

My association with the SJFI penalty kicks competition is just two seasons old – and fortunately for me, I’ve been part of SJAM’s winning trio (a team consists of three members) on both occasions. We won in 2013 at Guwahati and then successfully defended our title last year in Hyderabad.

To be honest, there’s hardly any training or preparation that goes into the competition. In fact, most teams are simply formulated impromptu – on the spot! The idea is to literally kick around and have some fun, but there are some traditional rivalries too – like Mumbai vs Bengal (both of whom take pride in their football).

There have been some really funny moments that I’ve witnessed in the last two penalty kicks competitions. In Guwahati, there was one player — I will name names — who kicked the ball so far off the goal-post that another player mocked him saying that the tournament is being held on this ground and not the neighbouring one!

Then in Hyderabad, one of the players turned up in complete football gear — jersey, cleats, stockings and all — and seemed quite intimidating considering most of us were in normal sneakers, some were bare-footed while some others were literally wearing rubber slippers. Watching him step up to take the kick, the opposing goal-keeper said: “Bhai, dheeray maarna, kal J. K. Bose ka cricket bhi khelna hai (please kick slowly as tomorrow I have to play a cricket match too as part of the J. K. Bose zonal tournament).”

Penalty Kicks was introduced at Thiruvananthapuram in 2006. The competition was inaugurated by Joe Paul Ancheri and V P Satyan at the Central Stadium in the Kerala capital. 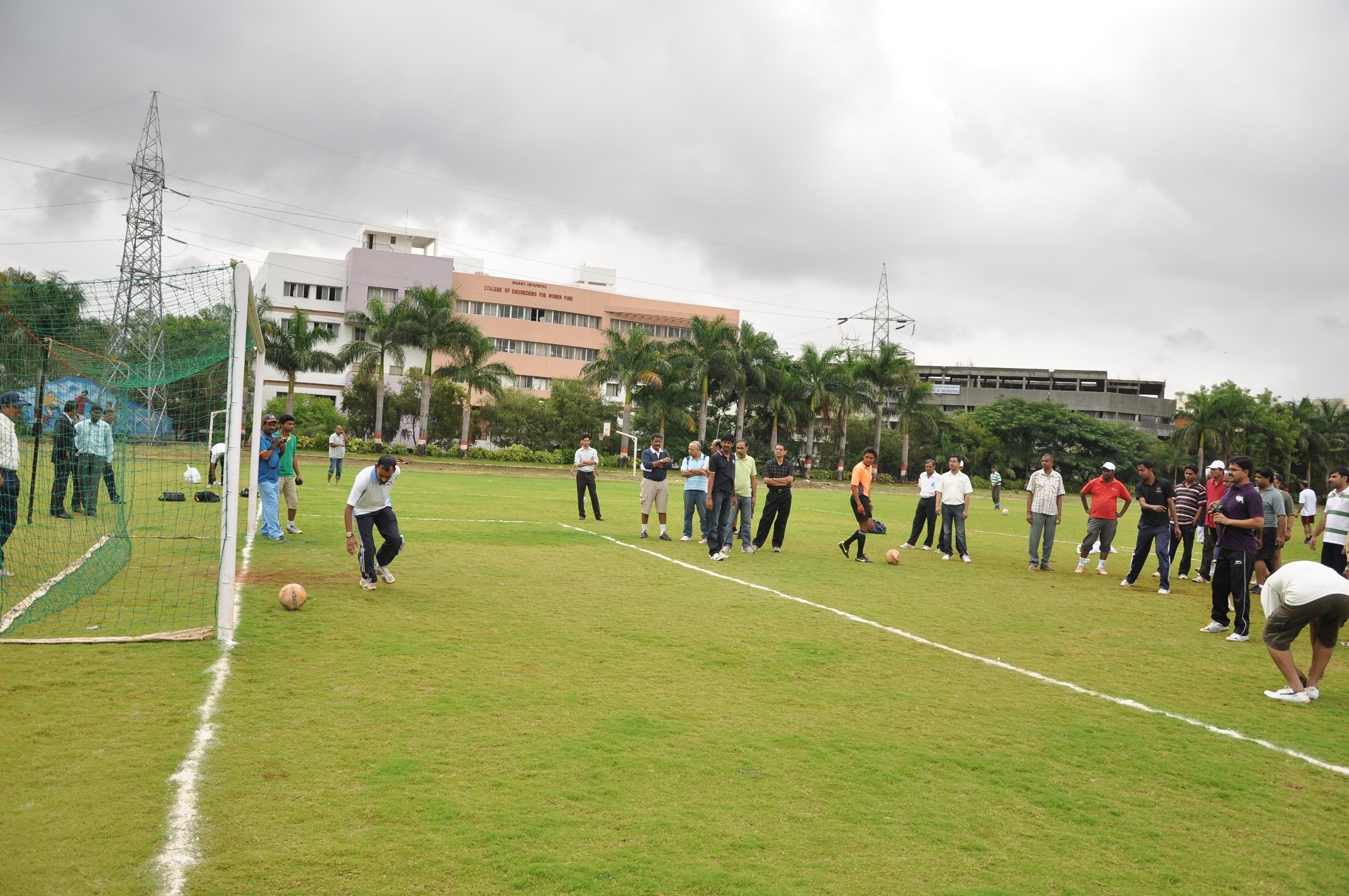